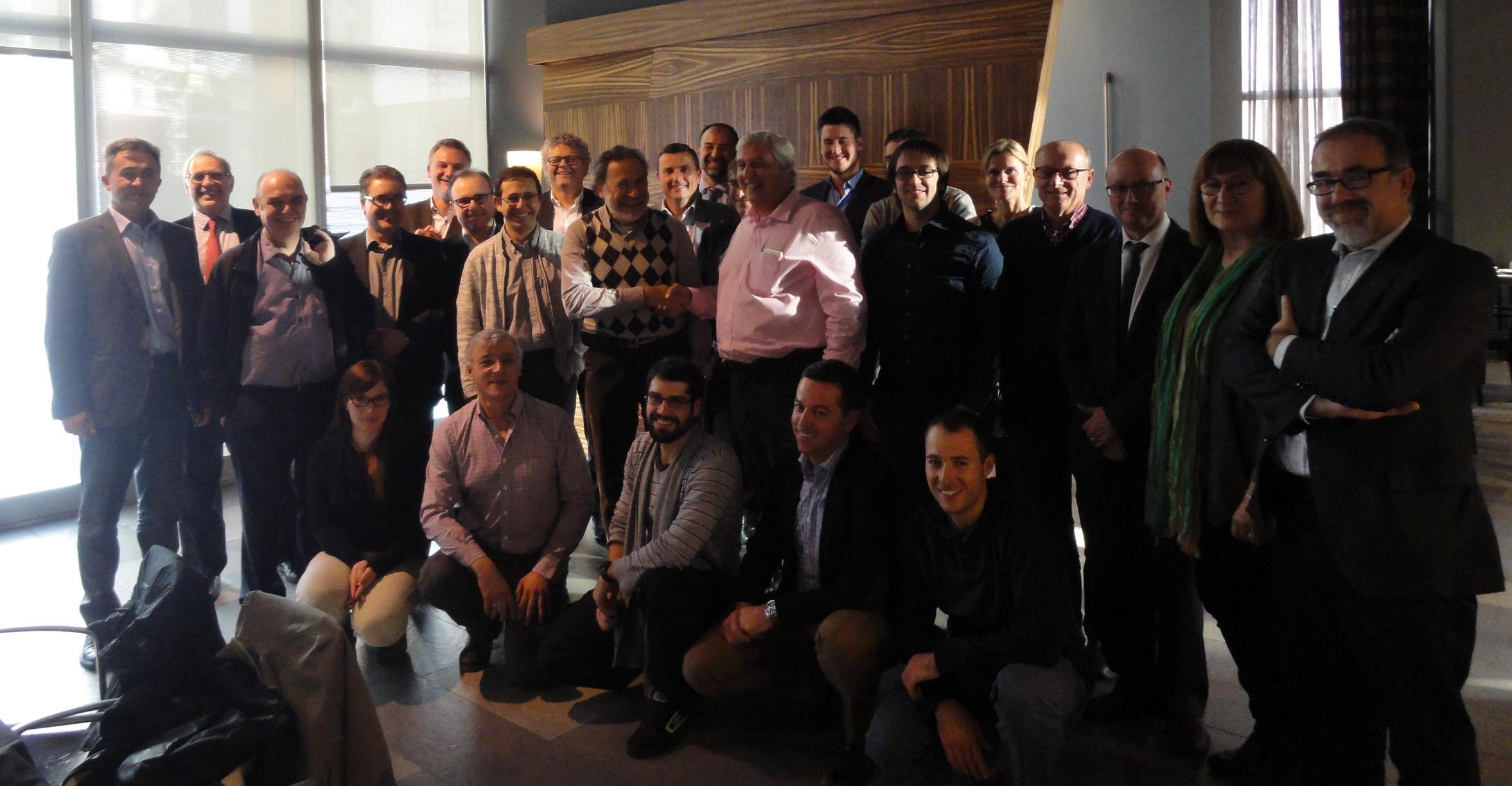 On November, 26th 2015, the first EnQuentro Quántico (Quantum Meeting), organized by bqb, was held in Barcelona. 30 people (bqb members and professionals of the Catalan technology sector) attended the meeting.

Manel Medina, professor at Universitat Politècnica de Catalunya and president of the European Chapter of the Anti-Phishing Working Group (APWG.EU) Foundation, was the invited speaker.

Professor Medina explained the awareness campaigns related to cybersecurity carried out by the APWG (this foundation is driven by La Caixa and its vice chairman, Antoni Massanell, among others). In 2014, €1,700 million were stolen from the Spanish banking by cybercriminals. The weakest elements of the security system of the Spanish banking are its clients. That’s why APWG is carrying out awareness campaigns. In addition, Professor Medina stated that quantum cryptography may help to strengthen the security of the banks.

During the meeting a lively discussion took place and the guest was asked many questions.

The EnQuentros Quánticos are going to be held regularly with the objective of gathering together bqb members, scientists from the university sector, technological centers and companies interested in quantum information, its progress and its social and economic impact.