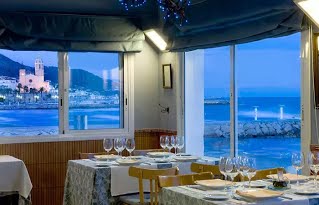 The new website and the presence in the social networks (LinkedIn and Twitter) will increase the Bqb community up to 500 members within the next year.

On October, 16th 2015, Sitges (Barcelona) was chosen to hold the meeting of most of the Bqb‘s founding members.

The management team evaluated the ongoing activities and projects of the think tank. Alfonso Rubio-Manzanares, Bqb’s Team Lead, launched the website and expressed his gratitude for the effort made by Mario Alberich and Mireia Trias working on it.

According to Eduard Xalabarder, Bqb’s Communication Manager, the website is going to be key for the dissemination of the think tank (together with the LinkedIn and Twitter accounts). Thanks to these communication channels, we trust that the members’ number is going to increase up to 500 within the next year.

Tatiana Korouchkina, Bqb’s International Relations Manager, emphasize the importance of building a wide net of international partners in order to get information from all the countries working on quantum information. Moreover, she explained that some Bqb members attend to 100xCiencia, an event held in La Palma (Canarias), in which there was a representation of each of the twenty centers that have a Severo Ochoa Excellence Accreditation. They also attend to the groundbreaking ceremony for the Cherenkov Telescope Array in the Observatorio del Roque de los Muchachos. Once there, they met Kajita, PhD, Nobel Prize in Physics 2015, and discussed about the importance of these gamma-ray telescopes.

David Arcos, leader of the Training Area, announced that some of the founding members are considering the viability of creating the first international institute of training on quantum information. Additionally, it was announced that another group is growing a start-up focused on the creation of a new product about quantum cryptography and communications.

Elisabet Cuesta, leader of the Observatory Area, gave the floor to Julià Manzanas, President of the Institut Cabier de Patentes (one of the Bqb’s partners). This company is working on the Quantum Information Patents’ world map. According to Julià Manzanas, this world map will be shown in three important events: MWC, IoTWC and Patent Barcelona. For that purpose, Eduard Martín, leader of the Conference Area, announced that contact is being made with the corresponding institutions and companies.

The meeting continued with an animated and smart conversation, an amazing paella by the sea and with many projects to be developed.

News
A Gamma-Ray Telescopes Array to Be Placed in La Palma (Canarias, Spain)